by Trish Marx and Barbara Knutson

A first-person story describes family outings to the zoo to watch the hippo Hanna... read more

A first-person story describes family outings to the zoo to watch the hippo Hanna devour pitchforks of hay on the Sundays before the war, before the twin towns of Buda and Pest were occupied by soldiers fighting each other, and before food for people and even for the zoo creatures became scarce. Based on an incident that took place during World War II in Budapest, Hungary, when the coldest winter on record froze the river between the two towns. According to the story told to the author, Papa, Mama and their three children took a straw doormat and an old pair of straw slippers to the zoo, broke them up with a pitchfork and encouraged the starving hippos to eat. They ate, and by the time winter ended, more than 9,000 hats, mats and slippers had been given to the zoo to help the hippos survive the winter and the war. Full-color illustrations on every page of a 10 1/4" by 8 1/4" volume provide historical and regional details along with impressive pictures of Hanna and her prodigious appetite in action. (Ages 6-9) 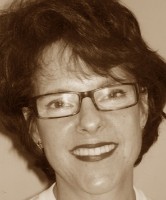