The heroism of ordinary rural Dutch people unfolds in a first person fictional narrative about a child named Miriam, "hidden" within a non-Jewish family during the German occupation of Holland during World War II. Paintings rendered in watercolor and gouache illustrate the spare text of a picture-book glimpse into the bravery and sacrifice of Jewish parents who entrusted their children's lives to strangers within whose homes children like Miriam lived midst constant danger of tragic consequences for all. (Ages 5-8) 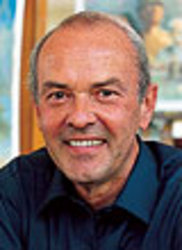