Patrick Jennings defies traditional expectations with a story that casts werewolves as the undeniable heroes of a very human—and horrifying—tale set in sixteenth-century France. Laszlo and his parents are shepherds. His parents are also werewolves. Laszlo knows that someday he, too, will be able to change into a wolf at will and run with the wild pack. But if the villagers—or worse, the priest, Père Raoul—find out, they will all be condemned and most likely killed. Then the priest’s servant girl, the orphan Muno, sees Laszlo’s parents transform. Laszlo fears she will tell their secret, but Muno has seen too much cruelty committed by Père Raoul in the name of the Church to confuse Laszlo’s gentle parents with evil. But how long will he and his family be safe? Jennings’s mesmerizing story is based on the Catholic Church’s rampant persecution of individuals considered heretics during the Inquisition. Hundreds of people during that time, he states in his author’s note, were convicted and executed for being werewolves. Jennings’s characterizations of Laszlo’s parents are particularly fine for contrasting the inhumanity of the Church with the compassion, complexity, and humanity of the werewolves. (Ages 10–14) 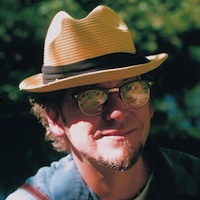