The Road to There: Mapmakers and Their Stories

Val Ross’s lively, engaging narrative looks at the social, political, and personal intrigue surrounding the lives of mapmakers from ancient times to the present. Each chapter focuses on a different map or mapmaker. In inviting, conversational prose, the author details what is known about their lives, the beliefs that influenced their work, and the maps themselves. She explains how mapmakers often created maps that supported social, political, or religious beliefs of the times. While some drew their subject as they saw or imagined it, others drew it as they wanted it to be. From the extraordinary friendship between King Roger II of Sicily, a Christian, and his close Muslim friend and mapmaker, Al-Idrisi, to Phyllis Pearsall, who is responsible for the London A-Z street guide used by millions of people today, Ross’s book is a treasure trove of fascinating maps and stories. (Ages 9–14) 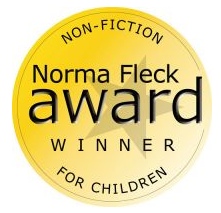 The Man Who Ran Faster Than Everyone

The Bite of the Mango

by Mariatu Kamara and Susan McClelland

Adventures on the Ancient Silk Road

by Priscilla Galloway and Dawn Hunter

by Susan Hughes and Michael Wandelmaier

The Road to There

By Truck to the North

by Andy Turnbull and Debora Pearson