Me and Uncle Romie: A Story Inspired by the Life and Art of Romare Beardon

by Claire Hartfield and Jerome Lagarrigue

Sent to stay with family in New York City while his parents await the birth of twins,... read more

Sent to stay with family in New York City while his parents await the birth of twins, young James is not thrilled about spending time with his uncle, an artist who looks like a “bald-headed, fierce-eyed giant.” But Uncle Romie spends his days behind the closed door of his studio. It is Aunt Nanette who takes James all over the city, and it’s Harlem that James especially loves. When Aunt Nanette has to leave unexpectedly, James finds himself facing days alone with Uncle Romie, and the prospect for a bleak birthday celebration. Then he ventures into Uncle Romie’s studio. “What a glorious mess!…It’s Harlem, I thought. The people, the music, the rooftops, and the stoops…I could feel Harlem—its beat and bounce.” A fictional story features African American collage artist Romare Bearden and his work, as conveyed through the eyes of a young African American boy who not only discovers the wonders of his uncle’s art but also the warmth of his character. Information for children on creating storytelling collages is included at the end of this volume that is supported by the Romare Bearden Foundation “as a way to introduce his art and personal history to children.” (Ages 6-10) 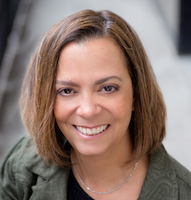