As he did in The Invention of Hugo Cabret (Scholastic Press, 2007), Brian... read more

As he did in The Invention of Hugo Cabret (Scholastic Press, 2007), Brian Selznick again alternates prose and visual storytelling, in this case weaving two compelling tales into a satisfying whole. In 1977, Ben finds clues to the identity of the father he’s never known that lead him to New York City and the American Museum of Natural History. For Ben, who was born deaf in one ear and has recently lost his hearing in the other, running away from his relatives in Minnesota is more than a search for his father; it’s also a search for meaningful connection missing since his mother’s death. In 1927, Rose is growing up in a wealthy home in New Jersey. She is deaf and defiantly resists her father’s demands that she learn to lip-read and speak. Deeply unhappy, she runs away to New York City to see her mother, a silent film star with little interest in Rose. After her mother’s rejection, Rose goes to the American Museum of Natural History, where her older brother works. Fifty years later, Ben has found shelter and help at the Museum thanks to Jamie, a lonely boy whose father works there. He also begins to find answers about his father—an artist who worked for the museum—in the exhibits and in the files he explores with Jamie’s help. Those answers ultimately connect Ben and Rose in this story that has elements of mystery while offering insight into both friendship and family. Ben’s story is told almost entirely through prose, while Rose’s unfolds in detailed, dramatic pencil drawings. As the two stories merge, so too do the two narrative mediums. (Ages 8–13)

Created by The New Yorker

Created by The Daily Beast 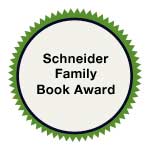