I Speak for the Women: A Story about Lucy Stone

Before she was sixteen, Lucy Stone knew how it felt to be denied a vote as she attempted... read more

Before she was sixteen, Lucy Stone knew how it felt to be denied a vote as she attempted to express herself regarding the abolition of slavery at her church. Several years later, she refused to contribute a graduation essay because she would not be allowed to read it herself at Oberlin College. Stone was a suffragist who did not hesitate to disagree on principle publicly with allies, even with leaders such as Susan B. Anthony and Elizabeth Cady Stanton. Lucy Stone's moral commitment to women's rights and her staunch activism with her spouse, Henry Blackwell, and lifelong friend, Antoinette Brown Blackwell, come to life within an easy-to-read biography. A short bibliography includes academic works about this important 19th century suffragist. (Ages 8-10) 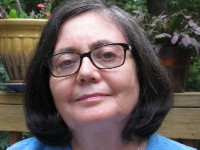