The Glorious Flight: Across the Channel with Louis Bleriot, July 25, 1909

In 1901, Frenchman Louis Blériot, an inventor and the father of a large family,... read more

In 1901, Frenchman Louis Blériot, an inventor and the father of a large family, dreamed of flying his own airship. Eight years, eleven planes and several mishaps later, Blériot, with his family cheering him on, became the first person to fly across the English Channel. The shifting perspectives of the bronze-tinted watercolor paintings give viewers a real sense of a truly glorious flight. Honor Book, CCBC Caldecott Straw Vote. (Ages 4-11) 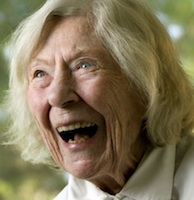 Alexander and the Wind-Up Mouse

Always Room for One More

Arrow to the Sun

The Boy of the Three-Year Nap

by Dianne Snyder and Allen Say

A Chair for My Mother