Growing up in the years after the Civil War, Juliette Gordon Low loved playing in... read more

Growing up in the years after the Civil War, Juliette Gordon Low loved playing in the woods with her many cousins. It was one of many idyllic elements in the privileged childhood of the girl known as “Daisy.” After her marriage, Daisy dabbled in art while leading the life of a hostess and socialite. From her mid-twenties on, she was deaf in one ear, while her other had limited hearing that worsened with time, but Daisy wouldn’t let it affect how she lived her life. Still, it wasn’t until she was middle-aged, her marriage ended, that Daisy found purpose and passion, determined to start a scouting organization for girls in the United States. Ginger Wadsworth’s account of this fascinating woman and the formation of the Girl Scouts details the incredible ambition Daisy wielded on behalf of girls and young women as she sought to create an organization that would help them develop skills and self-reliance, become physically fit, and make lasting connections. Daisy’s personality was an irresistible blend of grace and force, and her efforts have touched—and in some cases changed—the lives of generations of girls and women. Numerous black-and-white photographs—of people, places, and artifacts significant in Daisy’s life and the early years of the Girl Scouts—are featured throughout this beautifully designed, thoroughly researched, and well-documented volume. (Ages 9–13) 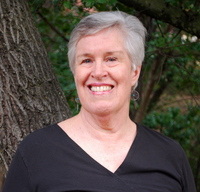