EIEIO: How Old MacDonald Got His Farm with a Little Help from a Hen

by Judy Sierra and Matthew Myers

At the beginning of this story, told in the familiar pattern of the song, Old MacDonald... read more

At the beginning of this story, told in the familiar pattern of the song, Old MacDonald isn’t a farmer; he’s just tired of mowing grass. He gets a goat, then a chicken when the goat proves a failure. “Not the average bird was she, but the smartest hen in history.” The chicken soon oversees a transformation. Food scraps tossed into the yard combined with poop from the horse Old MacDonald purchases, along with the effort of worms, create rich composted soil. Soon skeptical neighbors who’d been holding protest signs (“This Stinks,” “Grass Smells Better”) join in on the creation of a huge garden. Well, all but one of them (“This Is Still Weird”). But even he is ready to concede as he enjoys some of the garden bounty by story’s end. Illustrations playfully extend the humor in this entertaining offering. (Ages 4–8) 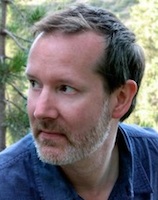 by Eric A. Kimmel and Randy Cecil

by Cynthia Lord and Derek Anderson

Don't Play with Your Food!

by Judy Sierra and Matthew Myers

Lunch Lady and the Schoolwide Scuffle

The Dumbest Idea Ever!

Captain Underpants and the Tyrannical Retaliation of the Turbo Toilet 2000