by Mildred D. Taylor • Book 9 of the The Logan Family Saga

The Land, like several of Mildred Taylor’s other books in The Logan... read more

The Land, like several of Mildred Taylor’s other books in The Logan Family Saga, is a prequel to Song of the Trees (Dial, 1975) and Roll of Thunder, Hear My Cry (Dial, 1976), the two titles that introduced Cassie Logan and her family to readers. The Land reaches back a generation further than Taylor has ventured. Its hero is Paul-Edward, Cassie’s future grandfather, who grows from child to young man in this substantial volume. Paul-Edward’s mother is a former slave. His father is a white Georgia landowner. The relationship between his parents is complex, to say the least, but love seems to be at its core. Paul-Edward and his older sister have always been accepted by their father as his children, and accepted by their white half-brothers as well. Yet they live with their mother in a small cabin on their father’s Georgia land. Paul-Edward loves the land, and as a small boy he can’t imagine leaving it. But as he grows he comes to learn, in heartbreaking ways, that being his father’s loved child does not mean he can stay on the land. In a bitter break from his white family, Paul-Edward leaves his home, determined to make his own future. As always, Taylor’s characters are not stereotyped on either side of the color line. And even some “despicable” actions can be judged only by understanding the larger context of the times. Nothing is easy in this challenging, complex novel. That’s what makes it so rich and so honest. Winner, CCBC Coretta Scott King Author Award Discussion (Age 14 and older) 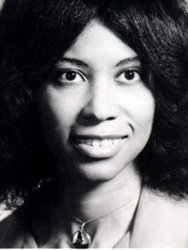