It’s a violation of Devorah’s religion for her to be alone with a boy,... read more

It’s a violation of Devorah’s religion for her to be alone with a boy, let alone one who isn’t Hasidic. So when she finds herself trapped in an elevator during a hurricane with Jaxon, a West Indian American boy, she’s mortified, and then she isn’t as Jaxon tries to put her at ease. Alternating chapters from their two points of view describe the events of their meeting and its aftermath as they begin a friendship Devorah must keep secret, especially as their feelings deepen. But Jaxon gets more and more frustrated about how hard it is just to arrange to talk on the phone, never mind see each other. He can’t grasp how serious the situation is for Devorah; he only knows he’s falling in love with her, and does several lovely but naïve things that put them both in jeopardy. One of the strength’s of Una LaMarche’s novel is how the two perspectives underscore the distance between Devorah and Jaxon even as they find so much comfort and common ground when they are together. It’s a novel richly drawn with compelling details of faith and family, of religious zealotry, of racism, and of the sweetness of falling in love. Devorah’s relationship with Jaxson isn’t the only thing that has her questioning what she wants for the future as she watches her older sister follow the expected path. She finds hope in the story of a girl who left the Hasidic community without her family abandoning her, but Devorah is fearful she won’t be as lucky if that’s the choice she makes. (Age 14 and older) 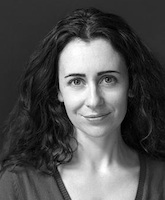