The Amazing Life of Benjamin Franklin

The long life and complicated times of Benjamin Franklin seem real as one reads this... read more

The long life and complicated times of Benjamin Franklin seem real as one reads this inviting account of this remarkable patriot’s many-faceted life. Some children might know only about the kite-flying incident, in which Franklin proved that lightening and electricity are one and the same. They will read about that and also about young Franklin. He was such a good reader and speller that he had the opportunity to work in a print shop as a boy, and later as a journalist. They’ll learn about Franklin the public servant, who founded libraries, hospitals, and colleges, and they’ll see Franklin the diplomat and politician representing colonial interests in England. The long-term estrangement between this complicated man and his adult son William is also detailed within an explanation of the many issues confronting the colonial leaders. Information at the end of Giblin’s compelling narrative includes a note about his sources and decisions he made as a biographer; the artist Dooling’s description of his preparation to create oil paintings picturing scenes in the life of this historic personage; a chronology of important dates; an annotated list of five historic sites associated with Franklin; a list of 28 sayings from “Poor Richard’s Almanac;” and an index. A handsomely designed, highly visual volume. (Ages 9-12) 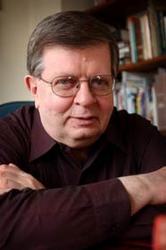