by Maggie Stiefvater • Book 3 of the Raven Cycle

A highly successful third offering in Maggie Stiefvater’s “Raven Cycle” series centers broadly on the ongoing quest by the Raven Boys and Blue to find the burial site of the mythical Welsh king Glendower. Here the story focuses more closely on Blue than on Raven Boys Gansey, Rowan, and Adam. Blue’s mother, Maura, has disappeared underground to magical Cabeswater to search for Blue’s mysterious and long-missing father. Blue and the Raven Boys, with help from housemates and friends, face both psychic and physical challenges in their ongoing quest, which now has new urgency because of Maura’s disappearance. A variety of new characters, including the incredibly self-centered and sinister Greenmantle and his wife, Piper; Glendower’s 600-year-old daughter, Gwenllian; and Appalachian native Jesse Dittley, add additional tension to the plot and comic relief to the large and fascinating cast. As the main characters become more confident, well-balanced, and ultimately inter-connected, readers will welcome the changes, especially as poor-boy Adam finally is able to see Gansey’s desire to help him as friendship rather than charity, and Blue gains previously unrealized psychic abilities. Stiefvater expertly interweaves the multiple narratives together, allowing for closure in this book while leaving plenty of unanswered questions for an finale. (Age 13 and older) 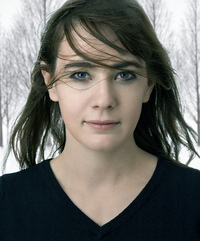 Audiobook Excerpt narrated by Will Patton