Madam President: The Extraordinary, True (and Evolving) Story of Women in Politics

by Catherine Thimmesh and Douglas B. Jones

Entertainment and information successfully coexist in this book about women and politics.... read more

Entertainment and information successfully coexist in this book about women and politics. The bulk of its contents is framed within a dialogue between a contemporary girl and a gang of children and adults. When she announces her career ambition to be president of the United States, a boy scoffs, “’You ...?’ ’a ... GIRL?’” Someone else says, “’Well, maybe you could marry a president ...’” And with that, the book launches into a series of short biographical sketches about women who have been politically active. The lineup begins with influential first ladies (Abigail Adams through Hillary Rodham Clinton), covers key suffragists, several U.S. congresswomen, a few female presidential appointees, and then vice presidential candidate Geraldine Ferraro. Between each category of women, the book returns to the contemporary presidential hopeful as she considers her options. A friend suggests that she might improve her odds of holding office by moving to a foreign country, as America ranks fifty-second worldwide regarding women in government. The final set of biographies features some of those international women of power, including Margaret Thatcher and Benazir Bhutto. In a hopeful conclusion, the girl outlines the prerequisites for running for U.S. president: American citizenry, born in the States, and at least 35 years old. Last seen she is heading off to the White House, while the skeptic from the opening pages intones, “’After you, Madam President.’” Cartoonlike illustrations on every page convey an upbeat mood, while quotes from the featured women anchor the text in fact. (Ages 9–13) 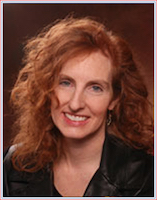 Douglas B. Jones page on TeachingBooks