by Rosemary Wells and Peter McCarty

Mary Breckenridge began the Frontier Nursing Service to provide medical care - and hope - for the people living in the rural Appalachian Mountains of Kentucky during the 1920s. She began with just a few nurses and her own passion and determination. Over the years, the Service grew as more nurses joined Mary and her dream of a hospital/clinic was realized. A few years later there were six such clinics, and many stories of lives that were touched and changed. Rosemary Wells tells three such stories in a work of short fiction for young readers that is deftly drawn from real people and events. Three compelling voices - a young boy whose father is injured in a logging accident, a 19-year-old nurse who comes from Scotland to join Mary's service, and a small girl who is grieving the death of her mother - chronicle events in the early history of the Frontier Nursing Service. Real-life events woven into the author's three first-person narratives with a storyteller's grace, so that each story is rooted in history but belongs as well to the imagination, where conversations and relationships among historical figures are fully realized. Black-and-white drawings by Peter McCarty open each story and are based on photographs taken for the Frontier Nursing Service by Mary Breckenridge's niece. An actual photograph of Mary Breckenridge and a brief biographical essay on her life follows the stories, and the author's acknowledgments provide the sources for the characters and events in this welcome book for young readers. (Ages 8-11) 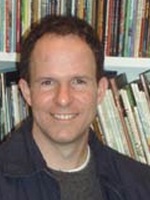