Stone in the Sky

Tula Bane is still the only human on the space station Yertina Feray . While... read more

Tula Bane is still the only human on the space station Yertina Feray . While she hasn’t forgotten her desire for revenge against Brother Blue, responsible for the death of her mother and sister, she is trying to move on. The discovery of a fertile crop of the valuable plant alin on the planet Quint coincides with the return of fellow humans Reza and Caleb, whom Tula had saved from Brother Blue by shipping them off to the edge of the galaxy. As prospectors rush to take advantage of the alin bounty, Tula heads to Quint too. She is less interested in short-term gain than promoting interspecies cooperation, something the ruling Imperium is trying to undermine. But the reappearance of Reza also forces her to face conflicted feelings. She was once falling in love with him, but she also can’t deny her strong attachment to security head Tournour. And Tournour has declared his feelings for her. Tula has no doubts when it comes to promoting cooperation among different species, but is a romantic relationship possible? Tournour is no help when he offers his understanding. “I can see with my eyes that he is a handsome Human … He smells as nice as you do.” This satisfying sequel to Tin Star has surprises in store for Tula, and readers too, as it continues to plumb the depths of characters and connections. (Age 12 and older) 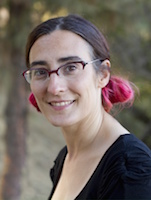 Created by YA Book Shelf

Created by YA Highway

Created by The Coachella Review