The Cost of All Things

After Ari’s boyfriend Win dies, Ari asks a hekamist to wipe her memories of... read more

After Ari’s boyfriend Win dies, Ari asks a hekamist to wipe her memories of their time together. The side effects of the magic are severe. A talented dancer headed to New York, Ari loses her grace and ability to dance. She stops going to dance class and tells no one. She also doesn’t reveal that she’s only pretending to be grieving since she can’t remember her relationship with Win. Chapters focusing on Ari; on Win’s best friend Markos, who feels untethered without him; on Ari’s close but insecure friend Kay, who has told no one she went to a hekamist for magic that binds Ari to her; and on Win himself, who was battling severe depression, reveal complex characters, complicated relationships, and secrets mired in the past. Life can be difficult, grieving is hard, friendship is built on trust: These are truths that there is no magic or shortcuts to get around. The theme of no easy answers extends to a moving subplot of Maggie Lehrman’s story: Hekamists—all of whom are women—are dying slow, cruel deaths because of government restrictions on their magic, and one young woman determined to save her mother through her own magic has tied her fate to Ari and her friends. (Age 12 and older) 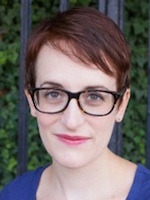 Created by Mindfulness for Writers