Not If I See You First

Sixteen-year-old Parker Grant has been blind since the car accident that killed her... read more

Sixteen-year-old Parker Grant has been blind since the car accident that killed her mother when Parker was seven. Now Parker’s father, who helped Parker become the independent young woman she is, has died of an overdose. Parker hadn’t even known he was taking antidepressants and wants to believe it was an accident. In a novel that exquisitely balances deep, sometimes gut-wrenching feelings with levity and humor, Parker finds herself questioning past decisions, current friendships, and her own self-centeredness as she realizes she is an accomplished self-advocate but often oblivious to the feelings and struggles of others. Those others include her former boyfriend, Scott, whom she’s shunned since an eighth-grade betrayal; her current best friend, Sarah; and her shallow cousin, Sheila, whose entire family uprooted their lives so Parker wouldn’t have to move. The characters in this book are vivid, the depth of their conversations and the nuances of their relationships marvelous. Even the secondary characters are far more than stereotypes as the author delves beneath the surface, so that even bitchy Trish, who is paired with Parker as a running partner when Parker joins the track team, has depth and surprise. Parker starts out believing her emotional control is a strength—she keeps a chart to track the number of days she’s gone without crying since her dad’s death. By novel’s end, she understands that the greater strength is in letting go, reaching out, and letting others in. (Age 12 and older) 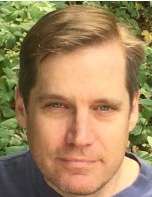