At the beginning of her summer vacation, Cassie finds a severed foot in a high-top... read more

At the beginning of her summer vacation, Cassie finds a severed foot in a high-top sneaker washed ashore at the beach. The police believe it most likely belonged to another victim of The Houdini Killer, who’s been murdering sex workers in the area. The event triggers a voice in Cassie’s head that starts to take over her life, threatening her with violence if she doesn’t comply. As she struggles to deal with the voice, her overprotective father, and a past trauma no one talks about, Cassie enters an outpatient therapy program where she becomes friends with Paris, a charismatic college student who also has mental illness. When Paris disappears, Cassie is certain she’s become a victim of The Houdini Killer and becomes obsessed with finding out what happened to her friend. All of this unfolds as she’s also navigating a budding romance with a college student who’s renting her father’s garage apartment. The gripping novel told in flashback is framed as a letter to the boy and written in second person, offering Cassie’s explanation of why she pushed him away, and why she’s asking for another chance. Ultimately, Cassie’s story is one of survival and healing. (Age 14 and older) 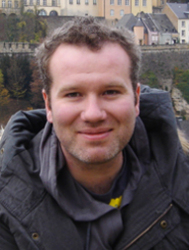