Young teenage jewel thieves March, Jules, Darius, and Izzy have gone straight. But after Darius unwittingly invests their money with a con man, they lose everything. Hamish, their yoga-obsessed fence, who was a good friend of March and Jules’s dad, convinces them to steal three legendary—and cursed—sapphires. “Fortune and hearthstone, then fealty fly,” reads the curse. And it’s true. They’ve lost their money. They’ve lost their apartment. And March’s anger at guilt-ridden Darius creates a rift in their self-made family. The Top Cats, a ruthless European gang of thieves, is after the jewels as well, creating an added level of danger. As in Loot, the heist in this sequel is complex, multifaceted, unbelievable, and a delight. Also as in the original, the emotional storyline is richly developed, with each of the four teens struggling with the significant shortcomings of their various parents. March is eventually able to acknowledge that as much as his dad loved him and Jules, Auggie also made choices that put the two of them in jeopardy over and over. What’s harder is for March not to do the very same thing. A triple-cross climax ramps up the fun of a book that also invites reflection on the meaning of family and forgiveness. (Ages 8–12) 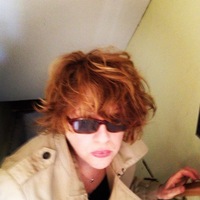