Part of Me: Stories of a Louisiana Family

Kimberly Willis Holt examines the lives of four teens in successive generations of a Louisiana family. Rose gets a job on a bookmobile to help her struggling family during the Depression. Growing up in the 1950s, Rose’s son, Merle Henry, loves tramping the woods and running traplines, his beloved dog, Blue, by his side. Annabeth is growing up in the 1970s, in a suburb that’s a far cry from rural Louisiana where her parents, Merle Henry and Lily Bea, grew up. Cruelly teased by a peer, Annabeth finds solace in discussions of literature, and inspiration for confronting her tormentor from her forthright grandmother, Rose. In the present-day story, Annabeth’s highly unmotivated son, Kyle Koami, reluctantly takes a summer job in the children’s room of the local public library. There, he displays the same instincts for respecting the interests and dignity of all readers that his great-grandmother, Rose, drew on when she worked on the bookmobile decades before, bringing Holt’s story cycle full circle. With adolescent characters that are achingly real and glimpses into the adult lives of three of her four adolescent characters, Holt has penned a quietly intriguing volume. (Ages 11–14) 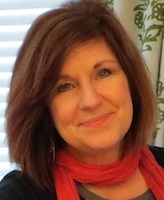