Persepolis: The Story of a Childhood

Marjane Satrapi chose a unique medium, the “graphic memoir,” to tell the story of her childhood and early teen years living in Iran. Marjane was ten when the Shah was overthrown in 1979 at the start of the Islamic Revolution. Crisp black-and-white cartoon images and spare but powerful text combine to describe a childhood that is truly divided and threatened by the repression of the government. Satrapi contrasts her private life inside the home of her liberal parents and her public life in school and on the streets of Tehran. The veil she is required to wear as a result of the Islamic Revolution cannot mask the fact that she is smart, funny, and gutsy. But it also cannot mask the fear she feels with the increasing oppression, especially as she learns of the new regime’s arrest, torture, and sometimes murder of her family’s friends and relatives, despite her parents’ attempts to shelter her from this knowledge. (Like any curious child, Marjane eavesdrops, but sometimes regrets learning what she overhears.) In the turn of a single page, Satrapi can conjure up fear and anger in one moment, and joy and laughter in another. The horrors of war and of the torture experienced by domestic “enemies” of the new regime are powerfully depicted, making Satrapi’s droll humor, which shows up often, a surprising and priceless respite. (In the book’s opening series of panels, she has drawn a picture of five identical little girls in veils. The figure on the left is cut off by the edge of the frame, so only a portion of her shows. Satrapi tells us it’s her class picture, and she is the one on the left.) For her own safety, Satrapi is eventually sent by her parents to live in Europe, a decision that is clearly painful for all three of them. Persepolis was published for adults in the United States. We have included it in this edition of CCBC Choices because of its unique content, and because the format often lends itself to a crossover audience. But mature content, from violence to occasional nudity, makes it a work we recommend for older teens. (Ages 15 and older) 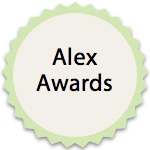