by John McCutcheon and Kristy Caldwell

In 1992, in the marketplace of Sarajevo during the Balkan War, 22 people were killed... read more

In 1992, in the marketplace of Sarajevo during the Balkan War, 22 people were killed by a mortar attack while waiting in line to buy bread. In the 22 days that followed, a lone cellist entered the devastated square to play a song to honor each one of them. This fictional story focuses on Drasko, a boy who witnesses these events. Before the attack, Drasko has taken over selling flowers for his soldier father. Where once there was relative harmony among the Croats, Serbs, Muslims, and Christians, now everyone is “tired and bad-tempered,” and Drasko longs for the days when he considered his fellow merchants friends. The day after the attack, all is quiet in the marketplace—until a cellist begins to play his eulogy. The music, which according to Drasko is “a language we all understand,” gives voice to grief and hope and inspires healing in the diverse crowd of onlookers. This somber story is eloquently told without being overly sentimental. Additional content includes sheet music and lyrics, notes about the Balkan Wars and cellist Vedran Smailovic, and an author’s note that further illuminates the musician’s convictions and generous spirit. (Ages 7-10) 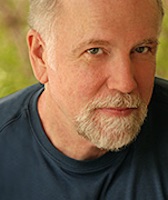