The feisty confidence and unbridled American pride of Noah Webster will charm readers of this account of his literary accomplishments. A lover of words from the time he was a boy, Noah learned to put them to political use as a college student during the Revolutionary War. As a teacher, Noah’s patriotism merged with his love of words when he wrote a speller for his students, who until that point had been using only British books. He wasn’t shy about changing things up—words should be written as Americans pronounce them, and with no unnecessary letters! “Colour” became “color,” and new, American words (like “skunk”) were included. Eventually, Noah realized that the country needed an American English dictionary, and so the first Webster’s Dictionary came to be. Not all of Noah’s suggestions caught on—“is” is not spelled “iz,” for instance—but no one else in history has ever succeeded in changing the spelling of as many American English words. With snarky asides from “editor” Noah (he was “simply helping people to see the right point of view”!), this picture book biography is a delight. (Ages 7-10) 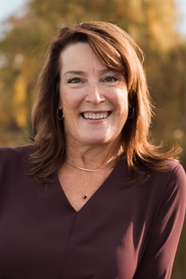