When 13-year-old Frederick moves from Eau Claire, Wisconsin, to California, his blond hair and blue eyes make him stand out in his new, predominantly Latino middle school. But soon enough, he fits right in, thanks largely to Xio and her clique of friends known as Las Sexy Seis . From the beginning, Xio is attracted to Frederick and his shy, quiet humor, but as it turns out, the attraction isn’t mutual. Although Frederick soon considers Xio to be his best friend, he is just beginning to realize that he’s much more attracted to boys than to girls. His gradual coming-out process—first to himself and then to his peers—is handled realistically and sensitively. Because the story is told in alternating chapters from the points of view of both Xio and Frederick, readers are able to see his coming out from both the inside and the outside, which adds a great deal of depth to the story. We also see the characters respond in different ways to the sorts of homophobic name-calling that is common in middle schools across the United States, as well as changes in their attitudes as they come to accept Frederick for who he is. (Ages 12–15) 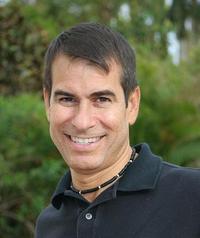