Queer pride, solidarity, and the unifying power of Madonna offer hope in a heartbreaking... read more

Queer pride, solidarity, and the unifying power of Madonna offer hope in a heartbreaking story that sheds light on the immense suffering of a generation of gay men. In 1989, three teens navigate the AIDS crisis in New York City. Iranian immigrant Reza is a closeted gay teen terrified of contracting HIV. Judy, an aspiring clothing designer, is an ally to the queer community. Her beloved uncle Stephen has AIDS; he’s already lost many friends and a partner to it. Stephen is a father figure to Judy’s best friend, Art, who is following in Stephen’s footsteps as an out and proud activist for ACT UP. When Judy and Art (both white), meet Reza, they befriend him and both begin crushing on him. In a decision that can only lead to heartache for all involved, Reza starts dating Judy despite his attraction to Art. In this novel queer history is brought to the forefront as Reza and Art grow into their community, take up the mantle in the fight against AIDS, and refuse to let the memories of their predecessors die. (Age 14 and older) 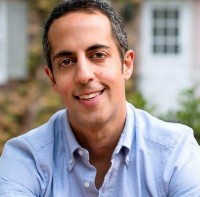