A Scarf for Keiko

by Ann Malaspina and Tuesday Mourning

With World War II under way, Jewish Sam is struggling to learn how to knit socks... read more

With World War II under way, Jewish Sam is struggling to learn how to knit socks for his soldier brother alongside his classmates at school. He’s also learning that attitudes toward people of Japanese heritage are becoming increasingly hostile. Reluctantly following his friends’ lead, Sam ignores his neighbor and friend, Keiko, when she offers to him help with his knitting. Sam’s parents, who understand prejudice and persecution, are appalled at the treatment of their Japanese friends and neighbors. When Keiko and her family are sent to an internment camp, Keiko leaves her bicycle in Sam’s care and gives him a pair of knitted socks for his brother. In response, Sam learns to knit a scarf, which he sends to her at the internment camp. Additional information about the internment of Japanese Americans is included in an author’s note at the end of a story that invites readers to consider how people seen as “other” are treated. (Ages 5–9) 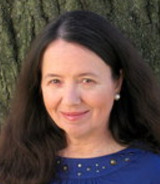 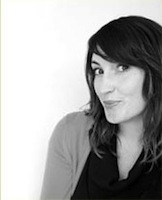 Resources for Teachers and Students from Kar-Ben Publishing