Powerful visual design and skillfuly understated text combine to introduce young readers to Eleanor Roosevelt before she became one of the most influential women of the 20th century. In paintings that brilliantly echo the emotional tenor of the story while capturing a sense of the time and place in which she lived and the economically privileged class to which she belonged, Eleanor is pictured as a small, almost incidental figure in many of the illustrations. It is the way she felt while growing up, but when she leaves her family and America to attend boarding school in England at the age of 15, Eleanor begins a transformation. Under the guidance of her headmistress and mentor, Mademoiselle Souvestre, and in the loving, supportive, challenging atmosphere that her school, Allenwood, provides, she gains assuredness and self-esteem. "Mlle. Souvestre had opened the world to Eleanor." And Eleanor had opened herself to the world, as Cooney's paintings reflect, carrying herself with dignity into whatever the future would bring. (Ages 7-10) 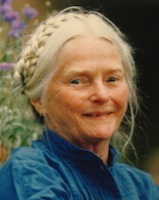