First-person monologues from twenty-three children all living on the same medieval... read more

First-person monologues from twenty-three children all living on the same medieval English manor in 1255 offer a window into what life was like more than 700 years ago. Since they all come from the same little piece of land, their world view is necessarily constricted, but each child has a distinct life experience, and, taken as a whole, their voices provide rich insight into time, place, and character. We see children of varying classes, from the son of a knight and daughter of a lord to the children of tradesmen, a shepherd, a plowboy, and a beggar. Sometimes we also see their interactions: the nephew of the lord of the manor describes his first boar hunt (he’s terrified) while the blacksmith’s daughter describes a visit from the lord’s nephew (she’s terrified). Two of the poems are written for two voices. One describes a chance encounter between a Jewish boy and a Christian girl, who each have prejudicial feelings toward the other, and the second shows dual points of view of the glass-makers daughters, who have very different feelings about their father’s apprentice. Interspersed between the monologues are background notes about medieval life covering topics such as the three-field system, pilgrimages, falconry, and Jews in medieval society. In addition, marginal notes provide necessary definitions and context, and are often tinged with humor, as are the monologues themselves. Exquisite pen-and-ink miniatures suggest thirteenth-century illuminated manuscripts, and an opening double-page spread provides an illustrated map of the manor, placing each character within it. (Ages 8–12) 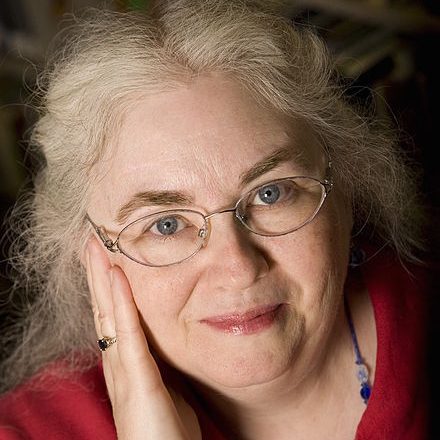