Getting Away with Murder: The True Story of the Emmett Till Case

In the summer of 1955, Emmett Till, a 14-year-old African American boy from Chicago,... read more

In the summer of 1955, Emmett Till, a 14-year-old African American boy from Chicago, was visiting relatives in Money, Mississippi, when he made an error in judgment that proved to be fatal. Not understanding the social conventions of the Jim Crow South and unable to resist showing off his big city ways for his country cousins, young Emmett whistled at the 23-year-old wife of a white store owner. Three days later, Emmett’s mutilated body was pulled from the Tallahatchie River. There was never any question that he had been murdered by the woman’s husband and brother-in-law; what gripped the nation in 1955 was the sham trial that followed, which focused national attention on the injustice southern Blacks had lived for generations. Author Chris Crowe succinctly recounts the story, drawling on news accounts of the time and published interviews with many of the key players. He places this important story firmly in the context of the mid-twentieth century and the rise of the modern Black civil rights movement. (Age 12 and older) 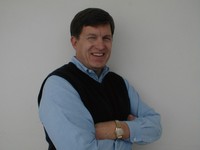