The Mysterious Edge of the Heroic World

Twelve-year-old Amadeo Kaplan has just moved to Florida with his mother, next door... read more

Twelve-year-old Amadeo Kaplan has just moved to Florida with his mother, next door to a rambling old mansion occupied by a reclusive old woman named Mrs. Zenger. She has old-world ideas about the way things should work, but Amadeo is drawn to her and her odd assortment of possessions. He learns that William Wilcox, one of his new classmates, is the son of the woman handling Mrs. Zender’s estate sale, and when William asks Amadeo to help him sort and label objects, he jumps at the chance. Mrs. Zender loves recalling her glorious past as an opera singer and a member of high society and Amadeo likes to listen, for the most part. His keen attention to detail helps him recognize an art masterpiece among Mrs. Zender’s possessions, and he and William piece together a mystery related to its provenance that shows Mrs. Zender’s past wasn’t entirely glorious. In the process, Amadeo also uncovers some mysteries about his own family history. How his family history intertwines with that of Mrs. Zender makes for an intriguing twist that spirals back to World War II, when a gay art dealer in Holland facing persecution by the Nazis managed to save both his younger brother and some of the “degenerate” art that the German’s sought to steal or destroy. Some of the characters in this complex novel first appeared in Konigburg’s earlier works Throwing Shadows (Atheneum, 1979) and The Outcasts of 19 Schuyler Place (Atheneum, 2004). (Ages 11–14) 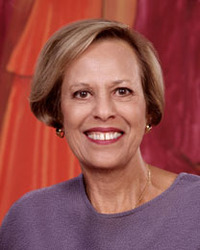